Below are a few of our favorite patient and peer testimonials. 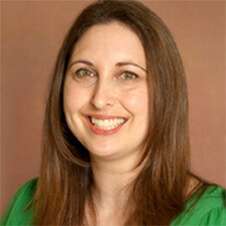 “Dr. Aalam is one of the most trusted, skilled, and passionate specialists to whom I refer my patients. It has been my privilege to work with him for nearly a decade. Patients will undoubtedly receive outstanding treatment and be put at ease with his kindness and genuine interest in offering the best possible treatment. Dr. Aalam’s vast knowledge in all aspects of dentistry is evident, as he is a wonderful teacher to both his colleagues and his patients. It is with the utmost confidence and peace of mind that I refer family and friends!” 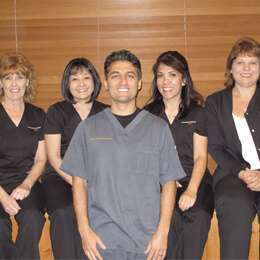 “Dr. Krivitsky is a highly skilled periodontist with expertise in an array of surgical procedures including implantology and grafting. We have had the pleasure to work with Dr. Krivitsky on many surgical cases with excellent results. Her knowledge of restorative dentistry along with her surgical expertise leads to easy communication with the general dentist and predictable results. I would highly recommend Dr. Krivitsky as a periodontist/ implantologist.”

“In the dental profession as with any other, one develops relationships that truly withstand the test of time. As a restorative dentist, my patients’ care and treatment are paramount. For the previous five years, I have had the privilege of developing an outstanding professional relationship with Dr. Alexandre Aalam. I am fortunate that I was able to work side by side with Dr. Aalam and have had the opportunity to experience his expertise first hand!

Not only does he provide the highest quality in patient care and excellence in treatment, but his knowledge of all phases of treatment is unparalleled. I can always count on excellent care from the treatment planning stage through the final restoration. Dr. Aalam is my first choice for implants and periodontal surgery when it comes to my patients, family, staff, and friends. His expertise and skill continue to amaze me!” 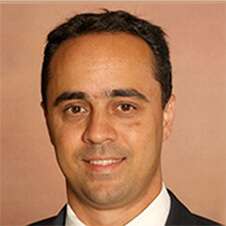 “When one is looking for a periodontist, you cannot find one with better skills then Dr. Aalam.  I have had the pleasure of referring my patients to him for the last eight years. He is able to obtain predictable and consistent results in procedures such as placement of implants, soft tissue grafts, ridge augmentation, sinus lift, osseous surgery, and other periodontal procedures.  I would recommend Dr. Aalam to any dentist looking for a periodontist.” 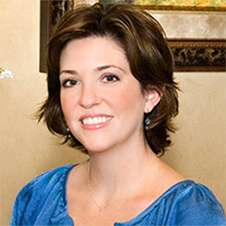 “I met Dr. Aalam in the summer of 2007 after graduating from dental school.  I had only been practicing a few months before we started working together and I was immediately impressed.  I had heard so many wonderful things about him from others, but learned so much more as I got to know him.  I have referred many patients to him over the years, but one in particular stands out as an example of his amazing skill.

I met with a woman for her first dental visit in over 10 years.  She was worried about her front tooth and didn’t like how it looked.  She had been avoiding seeing anyone because of a debilitating fear she had, but now it was starting to hurt too much to put off.  As she spoke to me, she frequently would place her hand over her mouth because she was so embarrassed with how she looked.  Unfortunately, her front tooth could not be saved because of advanced periodontal disease, so I referred her to Dr. Aalam for treatment.  He and I came up with a plan to treat her disease and restore the necessary teeth.  While my patient was sedated, Dr. Aalam performed scaling and root planing on all remaining teeth.

He then removed her front tooth and placed an implant.  While she was still sedated, I was able to restore her teeth as needed.  When she woke up, she had a functional and much more esthetic temporary in place with all other treatment finished.  We monitored her healing for several months, restored the implant with a porcelain crown and she was extremely pleased.

At her recall appointment, she was glowing!  So much had changed after only a few months.  No more covering up her mouth when she spoke. She was smiling and speaking with such confidence, no longer scared of coming to the dentist. Not only did my patient illustrate to me how important and life-changing dentistry can be, but it also reaffirmed my knowledge of Dr. Aalam’s abilities.  His successful treatment of her disease allowed her to maintain the rest of her teeth.  His eye for perfection allowed her to gain an even better tooth than the one she lost.  But most of all, his sincerity really put my patient at ease and allowed her to trust our profession again. That means more than words can ever say.” 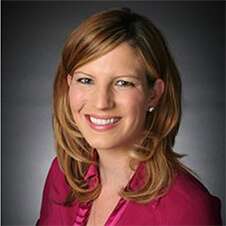 “My patients deserve the optimum dental care available, and many times that means that I will need to refer them to a dental specialist. I treat a high volume of patients, and many need some level of periodontal treatment.  These include: grafting procedures, bone regeneration procedures, teeth supporting bridgework cases, placement of implants and crown lengthening.

Often times, patients become very nervous and uneasy when I mention that they need to be referred to a specialist. I sought out a periodontist to refer to, that I knew would not only practice outstanding treatment but someone who had the ability to put anxious patients at ease.

In the last year, I have been privileged to be able to work closely with periodontist Dr. Alexandre-Amir Aalam. I have had the opportunity to shadow and work with Dr. Aalam on many cases and I am very impressed at how he deals with patients. His communication skills and his gently compassionate way of handling each and every patient are what set him apart. When my patients give me feedback on how their experience was with Dr. Aalam, I continually hear how painless their experience was and that it was not as bad as they had expected the treatment to be! It was extremely easy to work with Dr. Aalam on a daily basis and the close collaboration between us left our patients with the optimal dental results.” 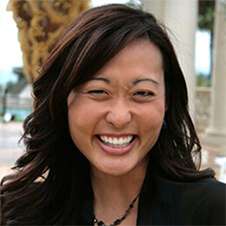 “I could not possibly say enough about Dr. Alina Krivitsky both as a person and as a periodontist. I have worked together with her on numerous dental cases and I can honestly say her work is always impeccable and thorough. All of my patients that I have referred to Dr. Krivitsky always thank me for sending them to such a gentle doctor who explains everything so well and is so caring. Because of her gentle touch, the patients always seem to heal quickly and cleanly so that the final restorative outcome is always a positive experience with my patients. Her professionalism and caring personality are unparalleled and I will continue to confidently refer patients to her.”

Virtual Brentwood Office Tour
GET TO KNOW OUR LA OFFICE!